She said few things in the description. And i think that they have a much better English script than YAMAHA but there might be a better one for V5 (hopefully) 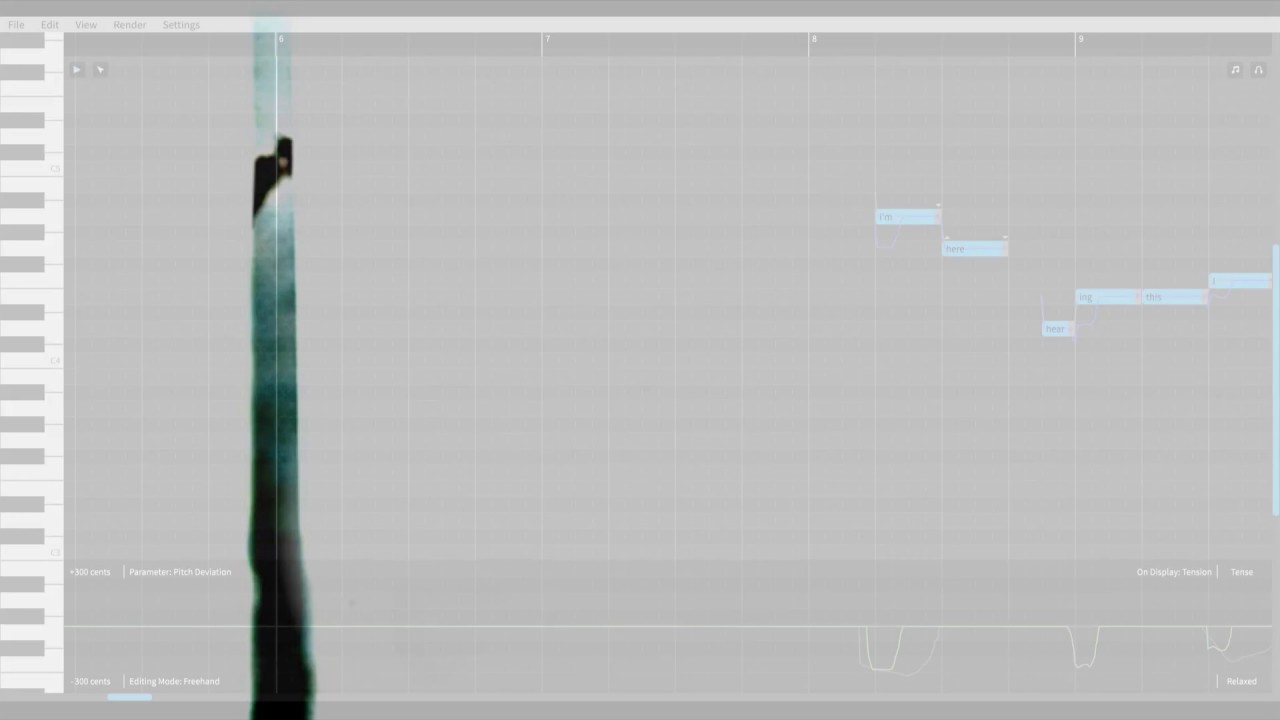 It could be because it's verified, again, even nightcore and reaction channels have and they pretty much do nothing original

I'm pretty sure some of you guys have already seen this but here's two articles on discussions.

And yet the FANDOM Community Central, which should have much more traffic than us, uses forums and threads instead of discussions... I'd love to know why.

Still salty because threads and forums are much better. Discussions are just lacking, if you're asking me, and forcing it without an actual warning isn't going to make people like it, but i don't think there's much we can do, so......

But seriously everything is so much less convenient with discussions!!!

Like Earthlingn said, have you told the staff about that, 'cause if the admins don't know why discussions are on then fandom must've enabled them.

@Pinkgirl234 And it seems like no one is active right now...

But there seems to be a way to quote people but i don't know what it is. And it sucks that i can't see every reply, tho i think it helps the page load faster.

(For me, the only positive thing about discussions is that it doesn't make paragraphs everytime you press the spacebar)

@Lynnellet Oh wow it must be difficult case for them to not be able to remove them all the same day. All i can suggest is cleaning your mouth with water and try moving your jaw but i think your case is way different than mine, so don't take my word unless your doctor says something. Hope you feel better soon!

EDIT: So i'm absolutily stupid because for some reason i aligned your jaw pain with my back and broken knee, where monving them would help the blood flow, which would be a good thing, but even then your problem is in the mouth. Mine was around the mouth. And even tho the doctor told me to not move it and not eat solid food, i could not stand blended food so my mother would cut food in really small pieces instead, which i think wouldn't help your case.

That is her only official YT channel the VEVO channel is a "fan" channel, so it's best to try and stay away from that. Even Nightcore channels have that tick so no need to think about it to much

Maybe you should wait for people that actually have Vocaloid, i heard you only get three of those codes so don't waste them.

(edited by Ihavenoideawhatsoever)
A reply to
0

Not sure if the subs are accurate but is this the one...? --> Crayon

I'm pretty sure you just haven't put in her code. If i'm correct every Vocaloid has a 16 digit code, i think there's even a song about it. I don't know where you put that code tho.

I feel like CFM are more focused on KAITO... which sucks but that's CFM for you i guess...

IA going to Cevio might sound (and probably does) sound bad but i will say again that they said that they will only release IA English if they get good results and Englishloids even tho they have improved they still sound awkward. I bet they would've gone with Vocaloid if they like the results they got.

I'm sorry for going off topic again it's just this one and i'm done.

@Lynnellet I haven't even been in the fandom for one year, i think i closed half a year in 26th of May, and i'm not even multifandom (which means you follow more than one group/idol) there are people that can say more than me. But it's scary how dark the industry is in comparasion to what it shows.

Arrow+Pen wrote: Ironically, mothy has had like no prescence in the games compared to how well known he is..... he's probably too dark.

I admit I don't know the song list of each game but its been in Project Mirai, or at least the outfits have been.

I don't think its anything to do with darkness, and Magnet has been in before.

His songs (DoE and SoE) have been played ona concert as well. But i think the reason that his songs aren't on PD is becasue the don't know how to present them. And mind you PDX had Hitorinbo Envy, Nounai Kakumei Girl, Lost One no Goukoku, LOL -lots of laugh- and DIVA in general has dark songs maybe even darker that the EC.

Probably got a bit off topic here sorry

So, i have said something like this before, but i think Korea doesn't really need Vocaloid because of the amount of idols. Like, why have a blank slate that can't interact with you, unless you yourself make that slate interact wit you (in which case you're interacting with yourself), in comparassion to an actual person that you can share feeeling with (in a way), no matter if the attidute that person portrairs is real or not?

Not only that but i think Korea has a stronger drama and reality culture than Japan, which gives it much more variety in entertainment. Not only that but, their idol culture is blooming and is much more interesting that Japan's, in my opinon (note that that doesn't mean it's great).

A teens dream/ideal jod would be an actor or an idol (and then there are idol actors that both act and perform), not "oh i wish i could do music in a way i can enjoy it , i know, i'll drop some of my money on this cute girl so that she can sing for me forever." or "i wish my music got some attention, i know, i'll get this Vocaloid thing that people like." which seem to be some of the reasons some producers got into producing Vocaloid music.

In short the recent Hallyus (Korean waves) are helping Korea get attention from the west, in fact some of the top 10 social artists are K-Pop idols, and because their entertainment has actual humans and not animated school girls they really don't have a need for anything like a Vocaloid. Some could say that a Vocaloid and and an idol aren't any different because they are both idols, and besides the obvious fact that one actually exists the other thing is an idol has an personality and their songs don't change their personality or relationships with other idols.

And idols don't take credit for their music/content unless they actually work on it and even then their producers always have the last say, which means that a song they made could change a lot, so unless the credits actually say their name then they never get credit for the music, visual(art piecies and atmosphiere), or choreo and only get credit for visuals(looking good), singing, and dancing.

As for Miku, "we" are pretty much blinded by "the #1 Princess in the world".... in all honesty i'm glad that, not just a small team of people, but a big part of the Chinese fandom realised that Miku isn't always good, which is more true than it should be, in my opinion.

I think that the reason we have too many same-sounding vocals is because companies all aim at the same genres, like pop and rock. The lack of male vocals isn't helping either since they could help with divercity.

As for the designs, i don't think we should care that much about how similar one might look to another, unless there is obvious stealing, that is. And as a whole i don't think that design should form our opinion on a vocal. For example, i'm not the biggest fan of Vocaloid Fukase's design but i do like his voice a lot (even tho i it sounds really robotic and not always good) and even tho i like MAIKA's design i don't like her voice, no matter how many covers or originals i hear she always sounds nasally(?), i don't know she just sounds off to me. That doesn't mean i hate MAIKA or that i'm going to jugde people that like her voice, of course.

Exacly like Angle said, there is literaly nothing to go by. I can't understand if the tune is something i heard before or just a generic tune. Just look at this thread I need help finding these two songs. Please help ;-;. But by listening to the sample your friend made i feel like the Vocaloid has to be either Len or Kaito, pretty much because their voices are the only ones that fit a bright song well. That or you know of a cover.

I kind of disagree, while, yes, the user plays a big part some Vocaloids/Voicabnks just can't do a genre. Like, i don't think Miku can do opera no matter how good the user is her voice just doesn't fit the genre and if you try to change so that it can fit opera you get LQ results.

As for cillia, i think her specialty is rock, most of the songs she covers are rock or a genre of rock, if i'm not mistaken. And no matter how you take it a Vocaloid just can not match a human, especialy when it comes to emotion. And that has nothing to do with the user it has to do with the engine and the fact that Vocaloid is a synth. It may sound realistic but when you hear a human sing *live*, or without filters, next to a Vocaloid there is a big difference.