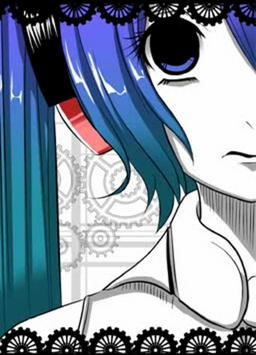 -InfinitY- (∞) is a series by Story Researcher (doujin group formed by cosMo and GAiA). All the songs in this series were released on three separate albums:

This series is connected to The Fantastic Garden & Star Girl and The Illusion Paradise series.

Vocaloid Hatsune Miku, was bought and installed by "Master", who she cared for deeply. However, over time she begins to wonder about the reason she was born, much to the opposition of her other shadows (Appends).

Novel Summary : Shinosato Asano, an ordinary university student. Was responsible for "Hatsune Miku" human artificial field test. Asano, although confused with the humanity of "Hatsune Miku" began to care deeply for her. But, he found out her secrets. And that is ...?

Star Girl and The Illusion ParadiseEdit

Retrieved from "https://vocaloid.fandom.com/wiki/%E2%88%9E_-InfinitY-_(Series)?oldid=868119"
Community content is available under CC-BY-SA unless otherwise noted.