“My real/offline friends have somewhat decreased but that can't really be helped. Since that's happened, let's just dance.”
—Author's comment

"12funclub" is a song featuring GUMI and Kagamine Rin by Mikito-P and is one of his most notable songs. It was uploaded to YouTube on February 5, 2015.

The song references many Mandarin words as the plot of the song is about "learning" Chinese. GUMI and Rin wish to learn Chinese so they could say "wǒ ài nǐ" (I love you) to the person they admire, who is presumably a Chinese celebrity, and to be able to speak the same language as them. Thus, the duo form a fanclub dedicated to China as their obsession with the country gradually increases.

Rin seems to play the role of the student whereas Gumi is Rin's "teacher" due to her being knowledgeable of the language.

Some of cross-straight mandarin artists are mentioned in the lyrics below:

A version of this song featuring Kagamine Len's vocals in place of GUMI's was featured in the following concerts:

Rin and GUMI's costume for the song, designed by Yori, featured in Project mirai 2. 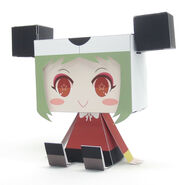 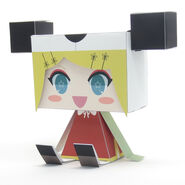