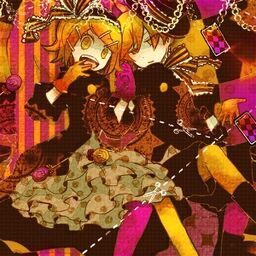 On late 2011, the append version of the song (Len Append cold and Rin Append warm) was uploaded to Hinata Haruhana's Piapro account. Earlier, it was only featured in Hinata Haruhana's album Mechanical Mystery.

This song is featured in the EXIT TUNES compilation album Vocalotwinkle

Retrieved from "https://vocaloid.fandom.com/wiki/さあ、どっち？_(Saa,_Docchi%3F)?oldid=1199906"
Community content is available under CC-BY-SA unless otherwise noted.