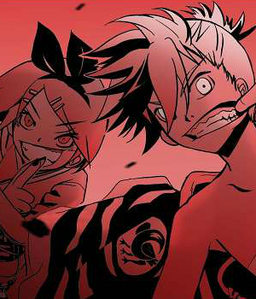 "Soiyassaa!" was first uploaded on October 10, 2009. In Shuujin-P's video description he mentioned how "he wasn't confident on how good the song was but he wanted everyone to listen anyway".

The song tells a story of battle, to be more precise, the "spirit of a battle". Len and Rin can be heard shouting throughout the song (one of the examples is the title itself, which can be interpreted as a shout / battle cry "SOI YASSAA!"), and that is often done in Japanese festivals and such.