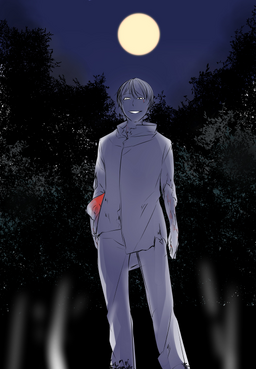 As a result of the Leviantan Catastrophe, Irina (Iroha) is left dismembered and is on the verge of death. However Seth Twiright (Kiyoteru), her creator, comes before her and transfers her soul into a stuffed cat, saving her life. Before leaving, he tells her he never will come back so she needs to "keep experimenting". Irina vows to take out her vengeance on Elluka, it having now become her only reason to live.

This song was released on Original Sin Story -Complete Edition-, and later featured on Zenmaijikake no Komoriuta.