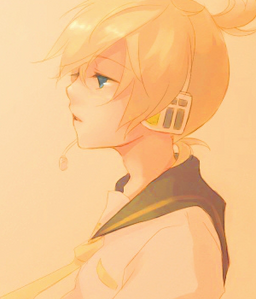 "Namae no Nai Uta" was first uploaded on August 18, 2009; and is DATEKEN's 10th work, the previous being Never. It's among some of DATEKEN's most notable songs; Namae no nai uta with 200,000 views, for that it reached Nico Hall of fame (exceeding 100,000 views). DATEKEN noted in his mylist description that it was a "humming song", for Len hummed throughout the song.

As the title suggest, it is a "Nameless Song". It tells how Len was in a room alone, and he felt somewhat lonely in that room. He started to hum a melody, a melody of his own, and it turned into "the" song.