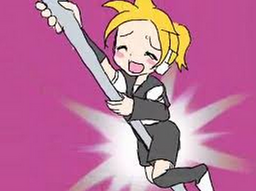 This song is Ransuu-P's 17th work and has entered the Hall of Fame. The lyrics are about becoming addicted to the pleasure achieved from climbing a pole in the schoolyard.

The Noboribou Arrange Tour was a project headed by Owata-P that invited people to make derivatives off Noboribou from January 1 to January 7, 2009. In the end, there were 29 videos created, with many producers creating arrangements and covers.

The people who participated in this project were: