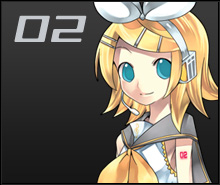 The song was first uploaded on January 17, 2008. It's previous song; It's the End was Track 0, though both Don't Leave me Alone and It's the End are the first tracks of Part 1 and the series.

The song features the first appearance of Ronald McDonald's "LAN LAN LUU" and Len as a character. The song talks about how Rin doesn't want to be alone, referencing how she wants to be with Len. She's shown upset because Len made the lame excuse of not wanting to answer his phone when she called him.

The song mostly dealing with their relationship, Len talked about the two of them fighting in Russia before then mentioning a few wrestling moves. For the last minute of the song, Rin keeps on singing 'don't leave me alone', along with Ronald's "LAN LAN LUU".