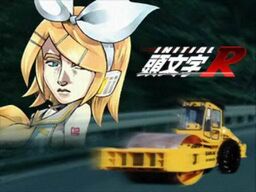 This song was uploaded on January 1, 2008, and has reached over 1,000,000 views. It is a parody of the song "Miku Miku ni Shite Ageru♪", but is considered a Rin Original Song. This song also gave Bucchigiri-P his -P name.