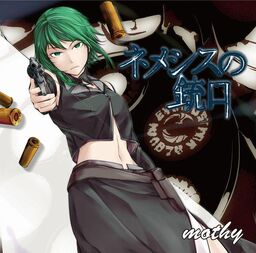 This takes place sometime after Riliane became a nun and planted Michaela's remains in Held's forest. While caring for the tree sapling, Rin thinks about how much things will have changed once Michaela becomes a full grown tree, if her sins while have been forgiven and if the world will be a better place. While She'll be long gone when the tree has grown big, it'll be in the blink of an eye form Michaela's point of view.

It was released on Akuno-P's The Muzzle of Nemesis album.

Retrieved from "https://vocaloid.fandom.com/wiki/またたき_(Matataki)?oldid=1184886"
Community content is available under CC-BY-SA unless otherwise noted.