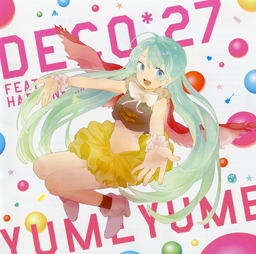 "YUMEYUME" is a song about chasing your dreams. The "dream" is represented in the PV as the older girl a younger one aspires to be.

This song was DECO*27's first to be released upon his comeback to the Vocaloid scene. It is the theme song of the game Hatsune Miku and Future Stars Project mirai. It reappears in the sequel, Hatsune Miku Project mirai 2 as a song along with all the other songs from the previous, but not as the theme song. This song was released as a single (ゆめゆめ), along with its instrumental, a remix by Sasakure.UK, and several remixes of other DECO*27 songs. In addition, it is located on the album DECO*27 VOCALOID COLLECTION 2008~2012. Also, the chorus of "YUMEYUME" is reused near the end of "Ai Kotoba II", another song composed by DECO*27. 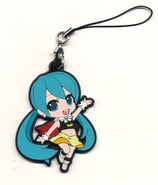