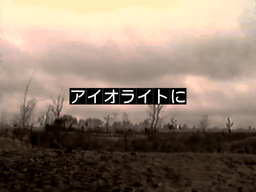 "In Iolite" is a song featuring LUMi by GHOST. It is one of their "experimental" songs and their first song to originally be released in Japanese. According to them, the song is sung from the perspective of a person's future self who is speaking to themselves from the past. They also add that the future person is in a place where life and their mental health is so much better while the past self is still stuck in a really dark place.[1]

Below is an official English translation: via Producer. Amendments may have been made to the original translation. —Written by GHOST; transcribed by Polycerate Majesty into Japanese

Let’s get out of here

I waited in iolite
Forever, until we could meet again

Another today
Another year, and
A thousand tomorrows
And a thousand more to come
Are right here
Ah

Below is an official English translation: via Producer's approval. Amendments may have been made to the original translation. —Written by PRiNZ

So lets get out of here 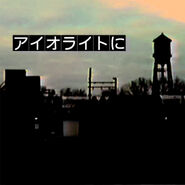 Album art of the song