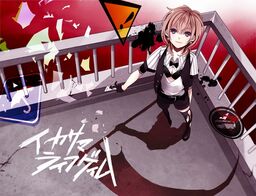 This song was first uploaded to Nico Nico Douga on February 8, 2011. This is Kemu's third song using GUMI and was his second song to reach over 1 million views. This song is also featured on the album PANDORA VOXX.

The song talks about a boy who receives premonitions from the rain, as he decides to use the premonitions to stay alive. He discovers that even if he stays alive, everyone else will still die, and his long life will be lonely. Because he can't go back, he continues, but unfortunately the last premonition sent by god says that no matter how he tries to escape, he will still die.