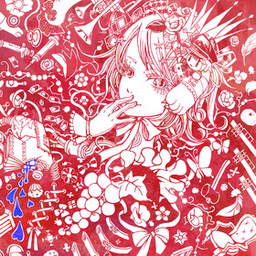 "Empress=Disco" is nyanyannya's 6th original work, featuring Kagamine Rin. It is part of the Lead Princess of the Color Stealing World Series.

This song has entered the Hall of Fame. It is featured in the single of the same name and in the second disc of the album Kadoh-Anna-Ruk=Cyanotype.

Retrieved from "https://vocaloid.fandom.com/wiki/エンプレス＝ディスコ_(Empress%3DDisco)?oldid=1183222"
Community content is available under CC-BY-SA unless otherwise noted.