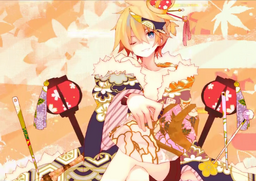 "Gigantic O.T.N" is an original song by Giga-P and is one of his most notable songs. The lyrics are from Len's point of view as he sings about how he is able to seduce women and men.