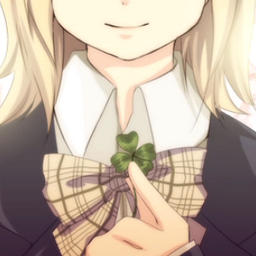 The song was first uploaded on April 4, 2009; as a "part" of the Clover series. It wasn't intended to be a series, however, the song was so popular that snowy* and innisfree composed an "answer song" entitled "Daisy" sung by Len.

Clover is a "graduation-themed" song, where two close friends (Rin and Len) graduate from their school, and later, since they chase different dreams, they had to bid their farewell.