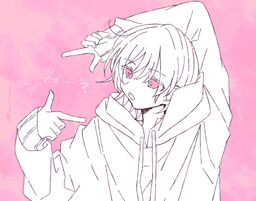 "Shamer" is a song featuring flower by Chinozo. It was uploaded to Youtube on September 12, 2020 and premiered two days later along with the Niconico version.

Retrieved from "https://vocaloid.fandom.com/wiki/シェーマ_(Shamer)?oldid=1092086"
Community content is available under CC-BY-SA unless otherwise noted.