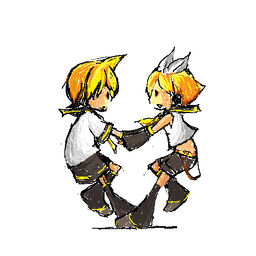 “In between normal life, it suddenly came to mind. The moment that you remember this song, I wish you will think of it that way.”
—Author's comment

"Gemini" is an original song by Dixie Flatline. It was his first big hit, which established him as a popular producer and resulted in him being nicknamed Gemini no Hito (ジェミニの人, Gemini guy) by the Japanese fandom. It's one of the Kagamines' most notable duet songs.

The tone and wording of the song is rather vague, but many have taken it as a song about them as twins since Len likens himself and Rin to Gemini in the sky. Throughout the song, Rin sings about how she goes through many troubles throughout her life, with Len coming to her aid and letting her feel as though she is not alone. The song also has references to astronomy and astrology, one time even saying that they were destined to meet 'beyond the night sky'.

Note that Gemini is referring to the meaning "twins" and not the zodiac, though there are references.

This song has entered the Hall of Fame. It is featured in the albums Fragments; Vocalolegend; Vocalogemini; Prism, a full album of cover songs sung by Asami Shimoda; and Kagaminext. 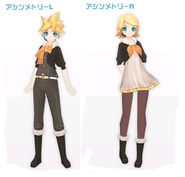 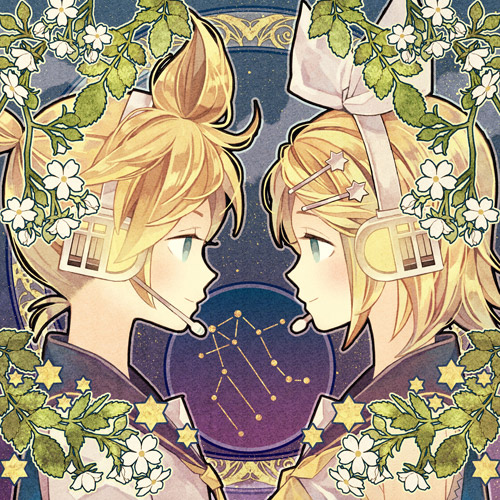 The new cover art for the song Gemini from the game Miku Flick/02.