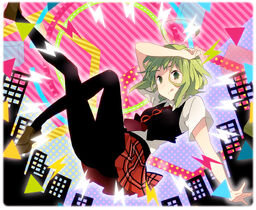 “Girls shine inside their dreams, much more than in reality. This is Last Note. here. "Even escaping won't make it feel any better." This is that kind of song.”
—Author's comment

"Setsuna Trip" is an original song by Last Note., and is one of their most notable songs.

Inside of what to seems to be a dream, the singer invites to herself and the listener to live the life to the fullest as encourages to make the dreams come true.

In late 2013, GUMI gave a private performance at a dinner party, which was held for several ministers of ASEAN, the Association of South East Asian Nations. The performance was held in Hotel Okura in Tokyo, Japan. GUMI performed "Setsuna Trip", Miraculous Encounter, "Country Road", Maigo no Boku ni, and "Yum Chizu". To date, this was likely the most "exclusive" VOCALOID concert ever held.

This song was featured on the following albums: 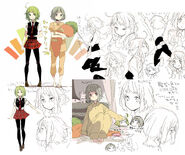 Retrieved from "https://vocaloid.fandom.com/wiki/セツナトリップ_(Setsuna_Trip)?oldid=1102463"
Community content is available under CC-BY-SA unless otherwise noted.