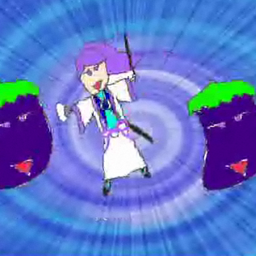 "Dancing☆Samurai" is an original song by Kanimiso-P. It is about Gackpo the Samurai's love for dancing, and how he will send all the competition away with his moves.

This song is due for release on Vol.4 of the VOCALOID-P data series.