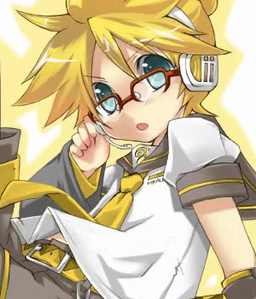 The song was first uploaded on April 20, 2008; making it Lelele-P's (as introduced in the video, "Composed and arranged by Yuichiro Nakagaki") fifth original Vocaloid work, and his sixth Len work. It's a part of Lelele-P's LeLeLenka Series (or the Love Series); and is the third track of the series.

TsundeLenka is the second most notable track of the series, achieving over 400,000 views to date; with the first notable being IkeLenka with over 900,000 views. On April 21, the next day after it was uploaded, it already climbed it's way up to the Vocaloid Weekly Ranking number 30 (rank 10th); despite the fact it was only uploaded the day before.

On December 10, 2009, the song made it to JOYSOUND. It also made it as one of the tracks in Exit Tunes' compilation "Vocalonexus".

The title of the song is a pun between "Tsunde" (from tsundere; ツンデ) and "Renka" (恋歌); together it forms "TsundeLENka". It tells a story of a tsundere boy (Len) on "liking" someone. As a tsundere, he thinks love is stupid and prefers hating people, which is a lie.