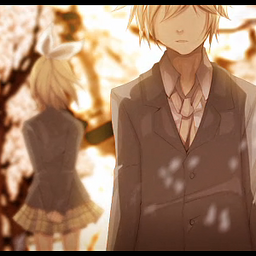 The song was first uploaded on February 15, 2010; innisfree described the song as "a song with an open theme", and also mentioned how "Len is a little late". This is due to the fact that Daisy is an answer song to Rin's "Clover" which was uploaded a year ago (explaining it's "lateness"). Clover, Daisy, and along with Cherry Blossoms it forms the Clover Series.

Daisy tells on how Len wanted to chase his dream. Several parts of the lyrics are somewhat similar to Cover (for it's an answer song). He met and had forgotten many people which made him a little lonely. It changed when Len met her (Rin) who had always been with her for a while, and although he felt sad on how they need to say goodbye (graduation), he said to just move on.