Vocaloid Wiki
Register
Don't have an account?
Sign In
Advertisement
in: Hall of Legend, Original songs, Japanese songs,
and 2 more

This song is about a girl who is extremely shy and constantly says "eto...", a Japanese hesitation exclamation, similar to the expression "um...". Stuttering eto creates the word Toeto. Throughout the song, the girl slowly overcomes her fear.

The song is accompanied with a PV, which featured Megurine Luka in a small, child-like form, wearing a cat hat (In Japan, one who is timid, shy, etc, is labeled as "wearing a catty hat"). This version of Luka, named as the song, became quite popular, appearing in various illustrations, even receiving its own figurine.

Hatsune Miku -Project DIVA- includes this song and a Tamagotchi-style minigame based off it in its DLC. 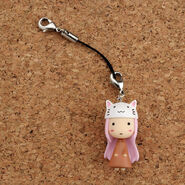 Toeto with a removable hat 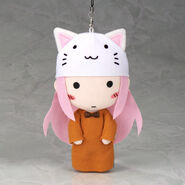