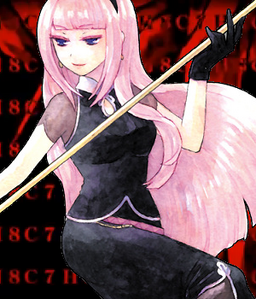 "Toluene" was first uploaded on September 19, 2011, and is currently the most recent song of the Benzene Series. Like the other Benzene songs Paradichlorobenzene and Antichlorobenzene, it was uploaded at the exact same time and day.

It is also featured in Owata-P's album "Benzene \(^o^)/", and to date has over 200,000 views. It's the first song in the series to feature another VOCALOID aside from Kagamine Len or Rin, and is also the first song to say "this song... has a meaning". The song's lyrics are "word play" and the meaning is encrypted, however, the lyrics in the video of Toluene may indicate jealousy, human's hatreds, and disagreement.