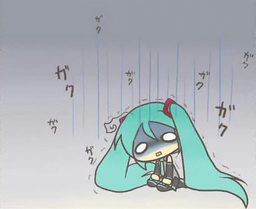 This song was uploaded on April 12, 2008, and has reached over 1,000,000 views. The song is a parody arrangement of Mozart's Turkish March, which talks about the singer's "unlucky day" as they tried to arrive at time to an appointment with a friend.

VY1's version was featured in the following video games:

Retrieved from "https://vocaloid.fandom.com/wiki/トルコ行進曲_-_オワタ＼(%5Eo%5E)／_(Toruko_Koushinkyoku_-_Owata＼(%5Eo%5E)／)?oldid=1200054"
Community content is available under CC-BY-SA unless otherwise noted.