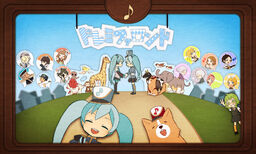 “When we sing together, we all will be smiley together.”
—Author's comment

"Do Re Mi Fa Rondo" is an original song by 40mP featuring Hatsune Miku. This song has entered the Hall of Legend.

A picture book based on this song was released on July 1, 2014 from Ichijinsha.

Miku's module for the song, designed by Tama, featured in Project mirai 2. 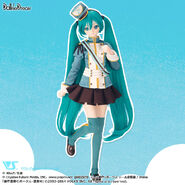 Hatsune Miku's Dollfie wearing her "Dream" outfit based on the iconic costume from the song "Do Re Mi Fa Rondo".