“Hello, Hachi here. I made this after a long time. I aimed at Shonen Manga boy.”
—Author's comment

"DONUT HOLE" is an original song by Hachi. He released it after almost 3 years absence in the Vocaloid community. On the surface, it is about a girl who wants to remember her past self's name, as shown in the video (Up to a person's interpretation), but can't. At the end of the song, the girl remembers the forgotten name. The lyrics are vague as to a deeper meaning and many diverse interpretations have been created.

This song was featured in the single ドーナツホール (Donut Hole). 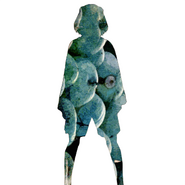