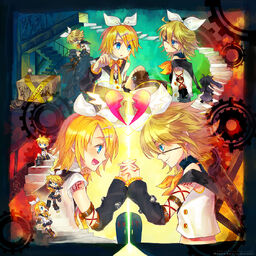 ネジと歯車とプライド (Screws, Gears, and Pride) is a song about two toys named BMD2-R and SN7F-R (both represented by Rin) who after gaining individuality, were considered defective and thrown away. They later awaken and meet and decide to flee the junkyard together, to the "outside world". Though they are anxious, they decide to proceed no matter what. They soon meet a similar toy named TYPE-L (Len) who gives them directions and wishes them well, knowing that if they get out they'll learn so many things, but now they have to flee from the robot G (Gackpo) that intends to destroy them.

When sorting his songs, mothy dubbed this song "Clockwork Lullaby A". 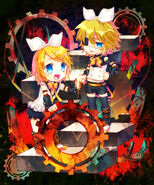 Illustration of the two toys by Renta