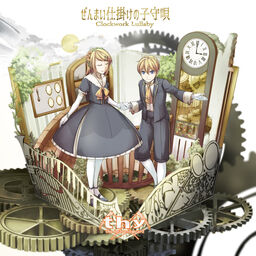 Before the creation of the Fourth Period, Banica Conchita has grown tired of all the types of food in the world, so she seeks to travel into a new one. She allies herself with Seth Twiright to find a way to do so; he devises Evil's Theater II, a floating replica of the first Evil's Theater with a Black Box on-board, so that they are able to travel into a parallel world. Banica has resolved not to follow the other souls into the Fourth Period, as she feels it will no different from the Third Period.

She, along with her servants Hänsel, Gretel, Lich Arklow, and Eater Sabella and another man, prepare to travel into a new world. For unknown reasons, during the trip the ship begins to malfunction and threatens to crash, throwing the rest of the crew into a panic. Despite this, the maiden voyage of the theater is successful and Banica, accompanied by her friends and one other person, is determined to find new types of food.