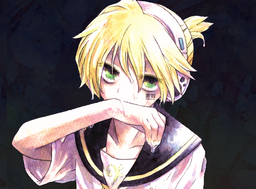 "Paradichlorobenzene" was first uploaded on September 19, 2009 at 3:55 AM (following the Benzene Series' pattern of videos being uploaded at the same time each year). It's the third song to the Benzene Series, and the most notable track of the series with over 4 million views.

The song ranked first for two consecutive weeks in the Weekly VOCALOID Ranking, and reached the Hall of Fame (exceeding 100,000 views) in only five days. 1 million views was reached on June 27, 2010, and reached 2 million on September 2011. When the song reached half a million views, Owata-P covered "Paradichlorobenzene", and when the song reached 100,000 My Lists (favorites), he uploaded a piano cover of "Paradichlorobenzene".

I hate these rules, I won't be tied down
That's why I ran and forgot about everything
I hate being told what to do, I want to be a little bad
Slipping out at night to roam the city streets

What do I live for? I asked a stray
But the cat's only answer was a glare
I gulped down coffee I couldn't stomach, looked up at the cloudy sky
What can I do in the state I'm in? Even that, I just don't know

Then I realize it's all hypocrisy in the end
What's the point of living? The stray cat drowned
I tossed the empty coffee cup and looked at the darkened sky
What am I doing with myself? Even that, I just don't know
I don't know anything anymore 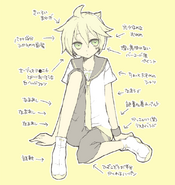 Retrieved from "https://vocaloid.fandom.com/wiki/パラジクロロベンゼン_(Paradichlorobenzene)?oldid=1199963"
Community content is available under CC-BY-SA unless otherwise noted.