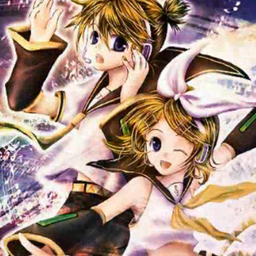 "Benzene" was first uploaded on November 8, 2008. It is Owata-P's first original work using Kagamine Len, and is also the first track to his Benzene＼(^o^)／ Series.

It's also featured in Owata-P's album "Tsumanne \(^o^)/", and to date has over 300,000 views, making it the current third popular song of the series. Owata-P said in his description that the song is mainly "an instrumental song", for the "lyrics" comes in at 1:30 of the song. Two years later he uploaded an "RX Benzene", an arrangement sung by the utaite Ritsuka. Two years after RX Benzene, following the Benzene Series' pattern, Owata-P uploaded another version of RX Benzene, sung by Haku Yowane and Akita Neru.

The song has no definite meaning, with the lyrics being very repetitive, though interpretations are opened nonetheless. It is said that the "people who laugh" in "Paradichlorobenzene" and "Antichlorobenzene" refers to reactions to this song, "Benzene", and presumably "Nitrobenzene" as well.