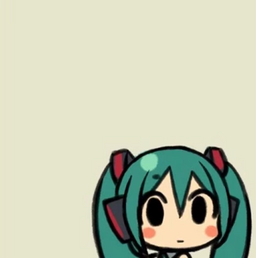 A song about failure of preparing Peyoung (Peyangu) instant yakisoba noodle by Maruka Foods. Miku tries to drain hot water when the noodles get steamed to eat, but she spills the noodles with hot water into the sink.

Peyoung is well known as the first instant yakisoba noodle in Japan and has many fans. Yet its drain slits cap often came off and let noodles spill out if the cap wasn't grabbed tightly. Maruka modified this problem in June 2015 with a newly-designed slits cover (not a cap). This song is featured on the albums TWO WORLDS, Zaneeds #00, Zaneeds #01 and Zaneeds #US.

In August 13, 2012, in collaboration with Family Mart Japan, a Peyoung based on this song was released. The product's package contains chan_co's illustrations.[1] 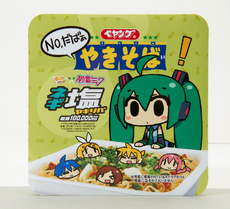 Product's package
Add a photo to this gallery