The song was originally uploaded onto Niconico on November 22, 2007. It has entered the Hall of Legend. The song has a showtune-like feel to it and is about Miku's love for someone.

On my way back home
I watched a wine-red sunset
On a twilight canvas
Is your heart
Already painting portraits of me?

We have plenty of time tonight
I'd be yours and yours alone
As we take slow, deep breaths, gazing at each other

How many dreams have we counted tonight?
My feelings overflow
Too many to count, to much to convey
I can't express them enough, not nearly enough

So don't let this end yet

Miracle painting
A miraculous showtime
Your magic brush has me under its spell
More, give me more, a color just for me

Don't end just yet, miracle painting
Your bewitching technique
Hold off a bit on the finishing touches
I'll tell you from my heart: 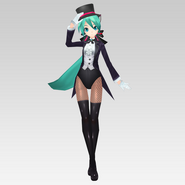 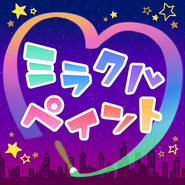