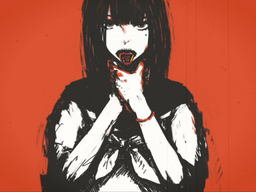 This song was uploaded on July 21, 2010, and has reached over 1,000,000 views. Hatsune Miku sings from the viewpoint of a young girl who tells of a surreal world which she is apparently trapped in. Though the lyrics are vague and open to interpretation, as many of Hachi's pieces are, many fans believe the story behind "Rinne" to be that of a young girl who carelessly lost her virginity much to her family's dismay. The final line commands the girl to walk along the railroad instead of taking the train. Though this lyric can be taken in many ways, it is commonly thought to voice the displeasure of the girl's family with her decision and how she interprets this to mean she'd be better off committing suicide.

Rinne means Samsara, the endless cycle of life and death.

Retrieved from "https://vocaloid.fandom.com/wiki/リンネ_(Rinne)?oldid=1088772"
Community content is available under CC-BY-SA unless otherwise noted.