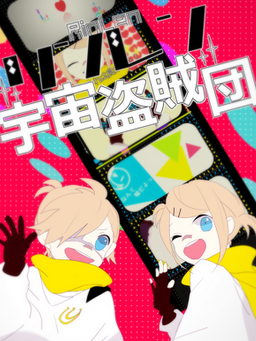 "Rin Len Uchuu Touzokudan" is an original song by dezzy.

The song managed to get many mylists that it ranked first on the daily ranking the day after its uploaded. It also managed to reach the Vocaloid weekly ranking number 213.

A few hours after the song was uploaded, many commenters from Nico Nico Douga posted various potential P names for dezzy. They dominated the comments at that time, and it stayed as so for a few days.

This song entered the Hall of Fame. It is featured in the album Princess in The Galaxy.