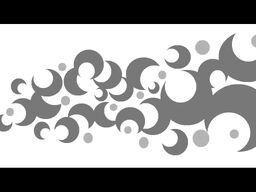 Released on February 14, 2010, this song hit the 2nd position in the Weekly VOCALOID Ranking of the week of its debut, and achieved the million mark in June 28, 2010.

The lyrics are very vague, but the general idea is that a girl with far-off dreams and a history of constantly "failing" takes to "rolling", even though her goal is still too far away and she would rather "stop her breathing". Another common interpretation is about the girl being bullied, being shunned or failing constantly, leading the girl to commit suicide.

For lonely girls, it's always the same, dreaming dreams that don't come true
And churning, churning through the clamor in their heads

A lonely girl mutters "I'm fine", have words failed her?
A failure, a failure.
Obsessing over her mistakes makes everything spin again!

"Not yet, we still can't see what's ahead. Hold your breath, now."

This is how it ends for a Rolling Girl, unable to reach the colors on the other side
The overlapping voices, they blend together, blend together

She mutters, "I'm fine.", but the words fail her
Not caring how it ends
An upward climb that invites mistakes

"Just a little more, we should see something soon. Hold your breath, now."

"How about now? OK, you can look. You must be exhausted too, right?"

Miku's Rolling Girl Module, for the song of the same name. From the videogame -Project DIVA- extend