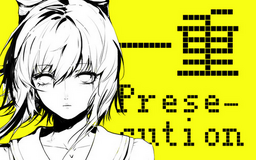 "Yīchóng Persecution" is an original song featuring Luo Tianyi and YANHE with Yuezheng Ling singing "la" during the last two lines of the song. It was originally named "Yīzhòng Persecution" before the uploader renamed the video. It is the first song of the Paranoia Series.