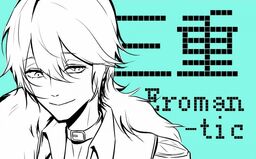 "Sānchóng Àiliàn" is an original duet song featuring Luo Tianyi and YANHE. It is the third song of the Paranoia Series. A YANHE solo version was uploaded afterwards.

Ling Luo (Luo Tianyi) runs away from the place where she killed Ling Yu (YANHE derivative) and feels more at ease outside. However the relief is short-lived and in her paranoia she feels as if she is walking in circles. She wishes for someone to come and protect her. Ling Yu is reborn as a young man and starts a relationship with Ling Luo who falls in love with him. They go to a fair and afterwards Ling Luo starts to become paranoid about the relationship.