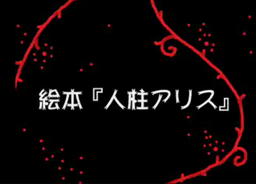 Yugami-P's first and most popular work, the song is a dark spin-off of Lewis Carroll's Alice in Wonderland featuring the first five Crypton's VOCALOIDs. It has four main parts that composes it.

A brief introduction at the beginning tells of a tiny dream, which in order to survive, traps people inside of itself, allowing to them to create their own world in order to keep them dreaming and sustaining its own existence. Since it will cease to exist unless someone dreams it, it traps a new sleeper once the old one has died in the dream.

The first part is the story of MEIKO, the first "Alice". She is the brave one who kills everyone and anything she sees so that she can make her way. She is forever trapped as a sinner, with only her paths of blood showing she ever existed.

The second is the story of KAITO, the second Alice. He is tame and obedient and sings to create a world, but his twisted words create a world of madness. He gets shot by a madman, and as he bleeds out and dies, though he is looked upon with adoration.

The third section is the story of Miku, who deludes many people as the third Alice. She builds a kingdom and names herself the queen, however she becomes afraid of death and the prospect of her body aging and rotting away. She rules at the top of her kingdom alone.

The last section tells of Rin and Len, presented as being "one" Alice who are full of wonder, receiving an invitation from a castle. They were the closest ones to ‘Alice’ but they are still in the dream and continue to wander around the wonderland, never to wake up. There are many interpretations of this section (as in one ending, they get killed by MEIKO), but no matter what, the "twins" never leave Wonderland.

The song ending is left open, leaving viewers wondering who will be the next victim of this twisted dream.

Yugami-P's only clue to the meaning of the song is "The history of the VOCALOIDs themselves".

Alice Human Sacrifice has been immensely popular amongst creators of fanmade PVs, as well as the subject of countless fandubs—with multiple translations as well.

This song is featured in the EXIT TUNES compilation album Vocaloanthems.

This song was featured in the compilation album Vocaloanthems.

Retrieved from "https://vocaloid.fandom.com/wiki/人柱アリス_(Hitobashira_Alice)?oldid=1082269"
Community content is available under CC-BY-SA unless otherwise noted.