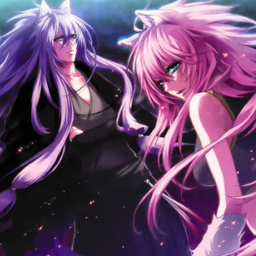 The song was first uploaded on April 21, 2009; along with siGrE and Witch, it became one of Suzuki-P's most notable work. It is said on Suzuki-P's blog that this song is inspired by various things, partly from the "story" of "Lobo, the King of Currumpaw", which can be read here.

Several parts of the lyrics have also pointed to the gods and "symbols" of Buddhism and Hinduism. Overall, the lyrics can be interpreted in any kind of way.

Rhapsody of Loup-Garous is also featured in the Exit Tunes compilation "Kira Hyakka Ryoran Butokai ft. Camui Gackpo" as a "thank you" gift for reaching over 100,000 views. Also, in celebration of the Kagamines' birthday on 2009, Suzuki-P also made a version using Rin and Len as the main vocals.

Retrieved from "https://vocaloid.fandom.com/wiki/人狼狂詩曲_(Jinrou_Kyoushikyoku)?oldid=1199932"
Community content is available under CC-BY-SA unless otherwise noted.