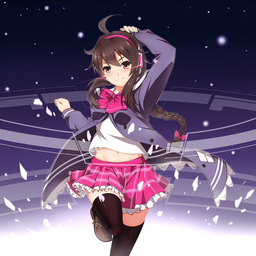 At the beginning of the song, Tianyi/Ling expresses the effort she puts into her music, and that despite all that, she still doesn't know what type of music is her favorite even though music is her motivation. She sings about how she enjoys performing and singing for everyone, insisting that her outfit and hair must be absolutely perfect, and relishes the joy of being a young idol.