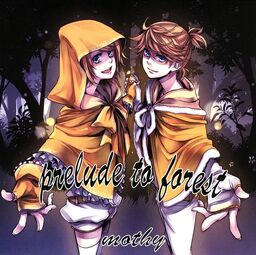 A snake falls in love with a frog. The Snake asks the frog to live with him and they spend time together, but evetually the frog flees. The snake becomes heartbroken and searches for it, he evetually finds and eats it.

The song is based upon a story written by a nine year-old Yukina Freezis.

This song was released on Prelude to forest and was also featured on mothy's Evil Food Eater Conchita (revised).