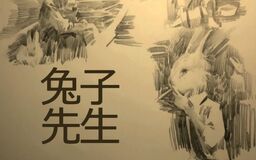 "Tùzǐ Xiānshēng" is an original Luo Tianyi song. It is related to the song "Yànzi".

According to the author, this song is written for those who are traveling far away from home and also commemorates the childhoods of those of the past.

This song was featured in the Diàntáng 3 album.

This song was featured in the Luo Tianyi 2019.7.12 Birthday Party concert.

Retrieved from "https://vocaloid.fandom.com/wiki/兔子先生_(Tùzǐ_Xiānshēng)?oldid=1085938"
Community content is available under CC-BY-SA unless otherwise noted.