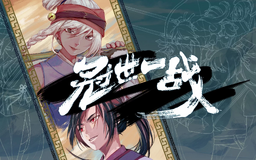 "Guān Shì Yī Zhàn" is an original song by litterzy and Modazheng featuring YANHE that was written for the 2019 bilibili New Year Gala.

It became overwhelmingly popular and is one of the fastest Chinese VOCALOID songs to gain a high amount of views within 24 hours, exceeding both 100,000 and 1 million views on bilibili within a short time span.

Retrieved from "https://vocaloid.fandom.com/wiki/冠世一战_(Guān_Shì_Yī_Zhàn)?oldid=1096093"
Community content is available under CC-BY-SA unless otherwise noted.