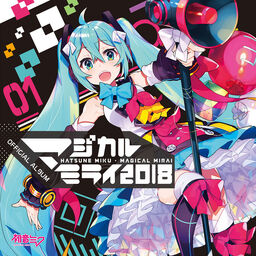 "Hatsune Miku "Magical Mirai 2018" OFFICIAL ALBUM" is the official album for Magical Mirai 2018. It also contains a bonus DVD featuring the MVs of the songs "Greenlights Serenade" and "BRING IT ON". 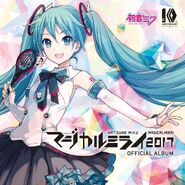 Amazon, Animate, GAMERS, HMV & BOOKS, Toranoana, and TOWER RECORDS each provided a pin badge with a purchase of the album. The illustration varies between stores, but all were designed by Honwa.

An alternate jacket cover was available when purchasing the album at the Magical Mirai 2018 event. 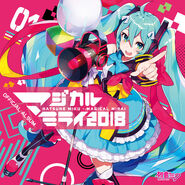 Different cover for the album 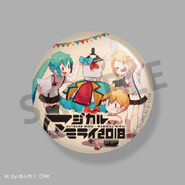 Good's provided with the CD; illust by Honwa (Amazon) 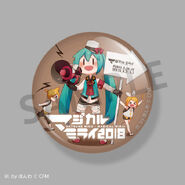 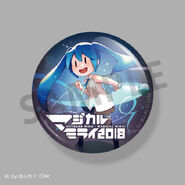 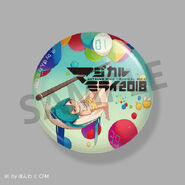 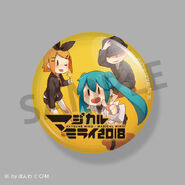 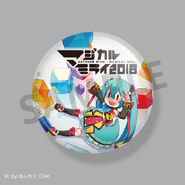