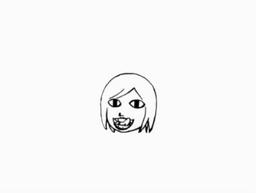 A story about people at a mental asylum where everyone meets the same fate. Each day a person is killed and the patients claim that they'd be delighted to die, however in the end, they call out in desperation for someone to save them.

This was originally related to the Dark Woods Circus Series, but since most of the original story was pressumably proclaimed non-canon with he release of the novel, it's uncertain to say how much of it is still related to it.