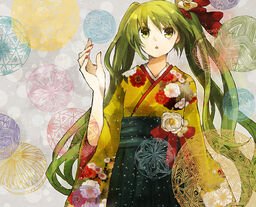 This song was uploaded onto Niconico on July 17, 2011. It has entered the Hall of Fame since then, getting over 300k views since it's upload and achieving third place on Niconico's June 2014 Daily VOCALOID Ranking. It is Aoki Gekkou's first published work and most notable song.