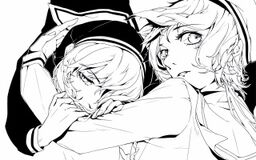 "PARANOIA" is an original song featuring Luo Tianyi, Yuezheng Ling, and YANHE. The lyrics are taken from the 7 main songs of the Paranoia Series with some changes to the melody and roles.

Retrieved from "https://vocaloid.fandom.com/wiki/妄想PARANOIA_(Wàngxiǎng_PARANOIA)?oldid=1095204"
Community content is available under CC-BY-SA unless otherwise noted.