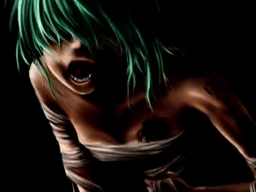 “Hatsune Miku seems to live in the world of the jungle law.”
—Author's comment

"Gaichuu" (or "Vermin") is an original song by Utsu-P featuring Hatsune Miku. This song was made for the album V.L.P and is also featured on his second album "TRAUMATIC". This song was later remade for some of his newer albums, all of which are duets with both Miku and Kagamine Rin.

It has also entered the Hall of Fame.

Retrieved from "https://vocaloid.fandom.com/wiki/害虫_(Gaichuu)?oldid=1103221"
Community content is available under CC-BY-SA unless otherwise noted.